A new life in Scotland for Iranian refugee – Farhad’s story

Farhad, an ambitious student from Iran, participated in student-led demonstrations against the Iranian dictatorship, calling for reform and freedom of press. For that, he was detained and tortured.

In the lead up to the Iranian elections, Farhad also spoke out and distributed leaflets about the elections process. He was again arrested and tortured.

However, the reason Farhad finally had to flee Iran was religious persecution. Farhad decided to distance himself from Islam and convert to Christianity, as he believed that under this regime all the problems in Iran stemmed from religion.  When the location of the house church he was attending was leaked to the government, he was forced to leave his family behind and seek asylum in the UK.

Safely settled in Scotland, Farhad is now looking to reunite with his family. With the help of our kind supporters, we were able to grant £350 to Farhad this year to pay for his wife and daughter’s flights to Istanbul to attend their Family Reunion Visa Appointment.

We wish Farhad and his family well in their new life in the UK. 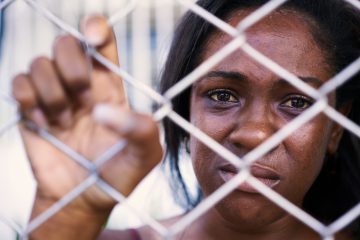