‘I was tied. My legs, my hands, my face – I could not see anything’

Paul Rusesabagina, the humanitarian whose story of bravery and compassion was told in the movie ‘Hotel Rwanda’, was abducted from Dubai over a month ago and is being held in Rwanda without proper medical treatment or access to his family appointed lawyers. His case is the most recent in a series of prosecutions of President Kagame’s political rivals. The East African Court of Human Rights and the United Nations Working Group on Arbitrary Detention have found that the previous two political opponents who were arraigned, Victoire Ingabire and Diane Rwigara, did not receive a fair trial in Rwanda. Paul is unlikely to be the exception.

“The lack of transparency around the arrest of Paul Rusesabagina and reports that he has been denied access to the lawyer hired by his family are red flags that cannot be ignored as the authorities prepare for his trial,” said Deprose Muchena, Amnesty International’s Director for East and Southern Africa.

“Based on Human Rights Watch research examining publicly available information, Rusesabagina was in the custody of the Rwandans or their proxies as of the night of August 27 but his detention was not acknowledged by the Rwandans until August 31, meaning he was forcibly disappeared for at least three days. When authorities deprive someone of their liberty and refuse to acknowledge the detention, or conceal the person’s whereabouts, they are committing an enforced disappearance, a crime under international law and prohibited under all circumstances. Those involved in and responsible for such acts should be held criminally responsible”, Human Rights Watch said.

“We need to ask our governments why they rarely intervene in cases like this, there is a feeling that they don’t dare intervene in Rwanda, that they can’t criticise Mr Kagame because he survived a genocide, and so they let him do whatever he wants”, said Philippe Hensmans, Director of Amnesty International Belgium.

The Rwandan Patriotic Front (RPF) has ruled since 2000 through military strength and exerts total political control in Rwanda. President Paul Kagame and his administration institute a regime of terror and intolerance, regularly threatening and targeting those who criticise or are perceived as a threat to the government. Arbitrary detention, torture, sham and unfair trials are common. Political rivals and government critics disappear or die in mysterious circumstances, both at home and in exile. Dissidents have been harassed, harmed, and even killed outside of Rwanda’s borders in at least six different countries. The judiciary lacks independence, perpetrators are rarely held accountable, and conditions for free expression and independent media are poor.

Since 1994, PoC has awarded 186 grants to keep Rwandans safe and help them rebuild their lives in post-genocide Rwanda. In the last decade we’ve seen an increase in applications from Rwandans who have been imprisoned, threatened with violence, or persecuted because they have exercised their right to freedom of expression and political association. This spike reinforces the longstanding allegations of Mr. Kagame’s increasingly intolerant regime. In the last 5 years, PoC has awarded grants to 7 journalists from Rwanda who were forced to flee into exile.

In 2017, the United Nations Subcommittee on Prevention of Torture (SPT) was due to visit Rwanda to advise the authorities on the establishment of a national detention monitoring body, the National Prevention Mechanism. The SPT would also assess the treatment of persons deprived of their liberty, as well as the measures taken for their protection against torture and ill-treatment. The delegation was forced to suspend it’s fact-finding mission because of Rwanda’s lack of cooperation which prevented the SPT from fulfilling its mandate. “We have been barred from completing our work in some places, and grave limitations have been imposed on granting access to certain places of detention,” said Arman Danielyan, head of the SPT delegation. It was only the third time in 10 years the SPT had suspended a mission.

Furthermore, a report published by Human Rights Watch in 2017 documents systematic patterns of repression and autocratic practices in Rwanda, from 2010 to 2016, in clear violation of Rwandan and international law. Amnesty International’s 2019 report on Rwanda highlights similar patterns of human rights violations.

The re-election of Paul Kagame in 2017, came after a constitutional amendment, allowing leaders to serve up to three presidential terms, thus effectively permitting Kagame to remain in power until 2034. This raised international concern, with Ban Ki-Moon, Secretary-General of the United Nations at the time, saying “undemocratic constitutional changes and legal loopholes should never be used to cling to power”. Kagame’s nearly 99% margin of victory in the 2017 elections begged a lot of questions about the the oppressive political space in Rwanda and the legitimacy of the results. “After verifying my name on the voting list, I was told to vote then and there in front of him. It was easy to see who I was voting for on the ballot, so it was impossible for me to vote for anyone besides Kagame,” said a voter, according to a HRW report.

Rusesabagina is the human rights activist who is best known as the manager of the Hotel Mille Collines, a luxury hotel in central Kigali, where he sheltered and saved more than one thousand people during the 1994 genocide in Rwanda. In 1996, fearing for his safety, Rusesabagina decided to flee Rwanda and sought refuge in Belgium.

“The sister of my mother told my mother in 1995 one year after that they wouldn’t survive without Rusesabagina. Bernard Makuza and others like Odette Nyiramirimo witnessed that Rusesabagina saved them from killers.”

Rusesabagina is now a Belgian citizen and a legal permanent resident of the United States. According to his family, the Rwandan government has been attempting to discredit Rusesabagina since the movie ‘Hotel Rwanda’ appeared in 2004. Rwandan agents have regularly followed him, including invading his home, threatening his life, and frequently attempting to disrupt his public and private speeches.

Rusesabagina has received numerous awards for his bravery and humanitarian work, including the Presidential Medal of Freedom, from President George W. Bush in 2005. He is also the founder of the Hotel Rwanda Rusesabagina Foundation, which helps provide voice to victims of genocide and support peace efforts in Rwanda and throughout the world.  What started as a personal mission to teach the lessons of Rwanda has become an international movement to fight genocide and uphold human rights throughout the world.

Rusesabagina now tours the world speaking about social justice, human rights activism and the lessons learned from the Rwandan genocide, one of the worst tragedies of the 20th century. He has spoken to large organisations of journalists, educators, students, policymakers, business leaders and human rights advocates throughout Europe and the United States.

He has become a fierce critic of the government of Rwanda and co-founded the Rwandan Movement for Democratic Change, a coalition of opposition groups, all formed by Rwandans living in exile.

“They used the terminology terrorism because they know that the world responds to such terminology. I am worried for him. I am very worried for what they can do to him in prison because we know what they have done to Rwandan people in Rwandan prisons.”

The Rwandan government has failed to provide a consistent and corroborating account of how Rusesabagina was apprehended – instead it has given several conflicting statements on how he came to be in their custody. In an exclusive interview to theThe East African on September 3, Rusesabagina declined to answer questions about his arrest.

HRW said that allowing a criminal suspect an “exclusive” press interview without having had access to his lawyers, contact with his family, or consular visits is “highly suspicious”.

Two weeks later, in a jailhouse interview video to the New York Times, Rusesabagina said he thought he was flying to Burundi but ended up in Kigali.

“How I got here – now that is a surprise…I was taken somewhere, I do not know where, I was tied. My legs, my hands, my face – I could not see anything… After those three days I have been treated very very well. Yeah”.

It is well documented that Rwanda has routinely relied on unlawful, cloak-and-dagger methods to silence opposition. “The fact that Rwanda did not pursue Rusesabagina through lawful extradition proceedings suggests the authorities do not believe their evidence or fair trial guarantees would stand up to scrutiny before an independent tribunal, and so opted to circumvent the rule of law,” said Lewis Mudge, Central Africa director at Human Rights Watch. “The Rwandan authorities’ handling of this case so far has flouted many of the protections enshrined in international law, raising serious concerns about Rusesabagina’s well-being and right to a fair trial in Rwanda”.

While the American Bar Association’s Center For Human Rights and the Clooney Foundation For Justice pledged to monitor the trial, designating British barrister and former UN judge Geoffrey Robertson QC as the TrialWatch Expert, Paul’s shot to a fair trial might have already been jeopardised. Kagame has already publicly proclaimed Paul’s supposed guilt, disregarding the concept of presumption of innocence.

Jared Genser, counsel to Mr. Rusesabagina said, “We are gravely concerned for Paul’s health and welfare.  President Kagame bragged about how his plan to bring Paul to Rwanda illegally worked ‘flawlessly’… His shocking public declaration that Paul is guilty of being a terrorist and that he has the blood of Rwandans on his hands gives license to police and prison authorities to torture or murder him, outside any legal process. I urge the world to demand that Paul be immediately and unconditionally released. This is the only legal result that would be compatible with Rwanda’s obligations under international law because any legal action that emanates from an extraordinary rendition is illegal.“

In a virtual press conference held on October 1, marking one month since Rusesabagina’s arrest, his family and legal team urged the international community to do more to ensure Rusesabagina’s swift and safe release. They called for more decisive action on the part of the Belgian and United States governments, a sentiment that was reiterated by former Congressman Patrick Kennedy. “I hope the United States does everything it can to put pressure on Rwanda and I’ll do everything I can. I want Paul’s family to know that the Kennedy family stands with you,” he said. The Covid-19 crisis is also a human rights crisis, with most of our rights under threat in some way or another – and we all have a role to play in protecting them. This was the message to come out of a recent online panel discussion featuring speakers from Prisoners of Conscience, Amnesty International UK, Front Line Defenders and Human Rights Watch. 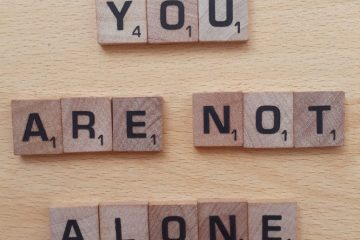 ‘In spite of these threats, I remained defiant, committed and determined to continue the struggle to achieve fairness, equality and social justice in Cameroon.'