With the Taliban taking over Afghanistan, citizens and residents, particularly minorities and women, are facing an uncertain future. Horrific scenes of people desperately trying to flee illustrate the fear gripping the country.

Just last month, the Taliban were responsible for a massacre of nine ethnic Hazara men after taking control of Ghazni province, Amnesty International revealed. Human Rights Watch also reported on atrocities committed by the Taliban in the lead-up to the Kabul takeover, including summary executions of civilians and government officials, disappearances, repression of peaceful protest and dissent, and restrictions on women.

Since then, the Taliban have started raiding homes of activists, journalists, and opposition. Two incidents of family members of journalists being injured and killed have already been reported by Amnesty International. Activists, fearing for their lives, flee or go in hiding, to escape these potentially detrimental door-to-door searches. Women are being told not to go to work and girls’ education is being restricted. Universities are told to discuss gender segregation possibilities and women need to be chaperoned by male relatives in public.

All these violations reflect the severity of the situation and the catastrophic effect the Taliban rule will have on human rights and hard-won gains in Afghanistan over the last 20 years. The Taliban’s appalling human rights record puts human rights defenders, academics, journalists, women, and activists, at greater risk of reprisals and persecution.

While states are being urged to support and facilitate the safe evacuation, resettlement, and relocation of people from Afghanistan, PoC is committed to contribute to these international efforts. We have provided financial and practical support to dozens of Afghans over the last decade, who have exercised an act of conscience to uphold their and others’ human rights – from Hazara Afghanis who have seen their brothers and sisters killed, to converted Christians, and women human rights defenders. We have helped prisoners of conscience find stability in the UK, reunite with their families in safety, and requalify and recommence their work. Many more human rights defenders and prisoners of conscience are now fleeing Taliban oppression and violence.

I want to help more Afghan prisoners of conscience in need

Abdul*, a persecuted doctor from Afghanistan, recently told us “I appreciate the support of PoC which was very helpful and rescued the life of my family.”  Back in his home-country, Abdul was engaged in projects educating women, which led him into an ideological conflict with the Taliban.  He was harassed, threatened, and forced to flee, and leave his family behind.  While the family managed to reunite and safely relocate in the UK, Abdul said they are terrified for their relatives still in Afghanistan.

Thousands of Afghans, like Abdul’s relatives, remain in a precarious situation as the human rights crisis rapidly unfolds in Afghanistan. With your help, we can continue providing lifesaving assistance to more prisoners of conscience in Afghanistan. Please donate today.

*We’re using a pseudonym to protect the family’s privacy and safety. Prisoners of Conscience takes extreme care to protect its beneficiaries, and their families, many of whom are vulnerable to continued persecution if their identities or locations are made public. 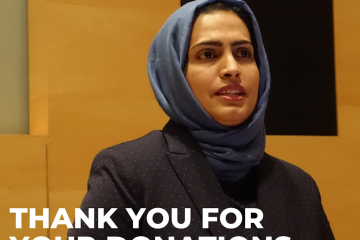 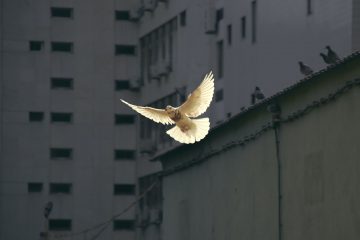 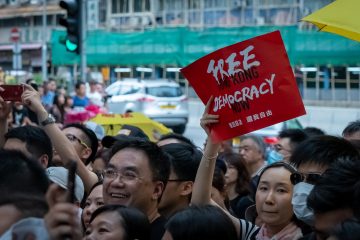